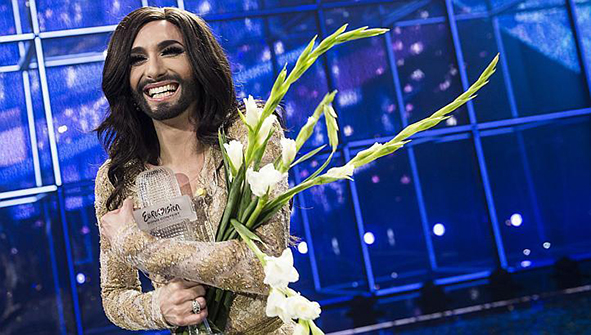 Last month Denmark hosted the 2014 Eurovision contest. Not exactly something I am very passionate about – my children enjoy watching it – mainly to have a laugh and to watch the show. The bit I saw this year, did make me proud to be Danish though. The show/scene/light was great and well recieved all over, incredibly well done.

While driving a couple of friends kids home afterwards, I heard the winner song on the radio. It reminded me of something that could be a James Bond theme, compared to other years, well performed and a good voice. Inmmediately afterwards the speakers started talking about whether the beard on the woman, had been part of why she/he won. Clearly this thought stuck with me, otherwise I wouldn’t be writing now, but my point will not be about whether or not ‘she’ won because of the beard, it is more a salute to the interesting, different, weird, crazy, amazing, bemusing, fun, new etc. idea and to other ideas that makes us remember them. Because even though ‘the whole world’ said DK did an amazing show, I am convinced this Eurovision will be remembered for the bearded lady. 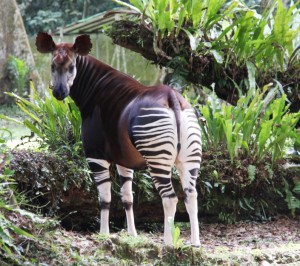 A great idea usually comes to life by combining two things, that to begin with, doesn’t have anything to do with eachother (in this case maybe beard and lady

This is something a lot of creatives calls morphing or Okapi (like the giraf/zebra animal). If you are faced with a challenge, you can create many new ideas and solutions, by making a connection between the challenge and a completely random word or thing. This happens as your brain tries to make logic out of the connection. Quite often you will also have fun coming up with crazy silly ideas, which again brings the brain into the best state for idea development.

The technique called Random Entry, was first described by Edward de Bono in 1972 in his book called Lateral Thinking. He is a firm believer in training the brain to become more adapt in creative thinking. One way is by starting on a daily basis to connect two seemingly unconnected items in new ways.

1. Decide what you would like ideas on – your focus. This could be phrased: How can I create a xxxx or How to improve xxxx.

2. Then you must find the unexpceted stimuli, so pick a random word.

- this can be done in various ways, a simple one could be to point in a book or magazine, or you could draw an images ex. from your childs memory game. There is no wrong word, so even if you think the word sounds too weird, stick with it. The only thing is it should idealy be a noun, so if it isn’t, pick the noun closest. (A noun, is a thing or person ex. chair or doctor).

3. Now come up with as many ideas as possible on how your focus can be related to your word, it can be just as funny or unrealistic as you want. AND remember you don’t have to explain how you came up with the ideas.

JUDGEMENT (positive or negative) is NOT allowed at this point

4. If possible write all ideas down, it could very well be that a weird idea sparks off better ideas later on.